About Us
View Bio 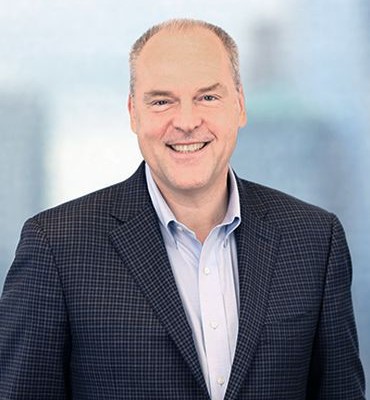 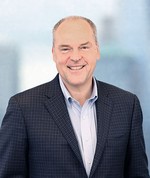 Dr. Taglietti has served as Chief Executive Officer of SCYNEXIS since April 2015 and became President of the Company in September 2015. He has been a member of the board since November 2014. He served as Executive Vice President, Research and Development and Chief Medical Officer of Forest Laboratories, Inc. and as President of the Forest Research Institute until its acquisition by Actavis in 2014. Prior to joining Forest Laboratories in 2007, Dr. Taglietti held the position of Senior Vice President, Head of Global Research and Development, at Stiefel Laboratories, Inc., a GSK company, for three years. He joined Stiefel Laboratories after 12 years at Schering-Plough Corporation, where he last held the position of Vice President, Worldwide Clinical Research for Anti-Infectives, Oncology, CNS, Endocrinology and Dermatology. Dr. Taglietti began his pharmaceutical career at Marion Merrell Dow Research Institute. Over the course of his career, he has brought to market 35 different products in the U.S. and internationally. Dr. Taglietti currently serves on the Board of Directors of BioNJ, Inc. and Aquestive Therapeutics, Inc. (Nasdaq: AQST). He received his medical degree and board certifications from the University of Pavia in Italy. 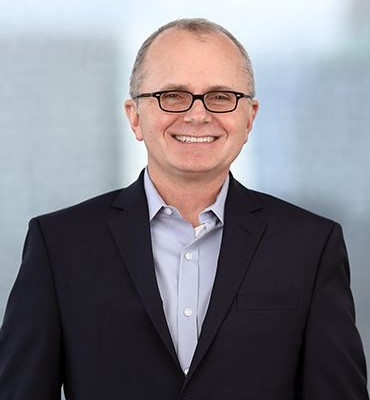 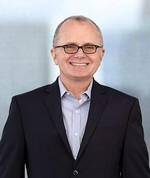 Dr. Angulo joined SCYNEXIS as Chief Medical Officer in June 2015. He previously served as Vice President, Research and Development of Brickell Biotech, Inc. Prior to joining Brickell, Dr. Angulo held various senior positions at Stiefel Laboratories, Inc., a GSK company, including head of the clinical and medical departments. Dr. Angulo was also responsible for several development programs in the anti-infectives area at Schering-Plough Research Institute and was an infectious disease physician in a pediatric hospital. He received his medical degree from the Universidad de Guadalajara, Mexico, and has post-graduate degrees in pediatrics and infectious diseases. 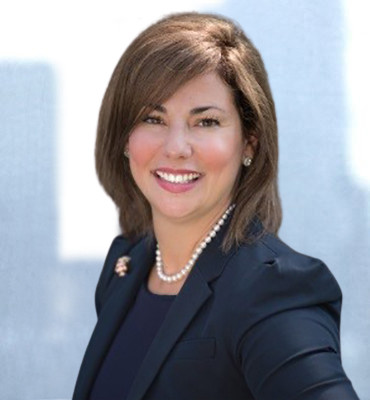 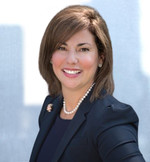 Ms. Coyne joined SCYNEXIS as Chief Commercial Officer in May 2021. She has 30 years of experience in launch and commercialization of products across multiple therapeutic areas. Most recently, Ms. Coyne served as Senior Vice President, Commercial at Paratek Pharmaceuticals, where she was instrumental in launching the company’s first product and adjusting tactics to ensure success, even during external challenges such as the COVID-19 pandemic. Prior to that, Christine led marketing and sales teams in biotech and large pharma companies such as Wyeth-Ayerst Global Pharmaceuticals (now part of Pfizer), Endo, and Auxilium Pharmaceuticals (now part of Endo). Ms. Coyne served as Vice President of Marketing, Sales, and Operations in the United States and globally for specialty pharmaceuticals companies responsible for several approved products. Ms. Coyne holds an M.B.A from Eastern University. 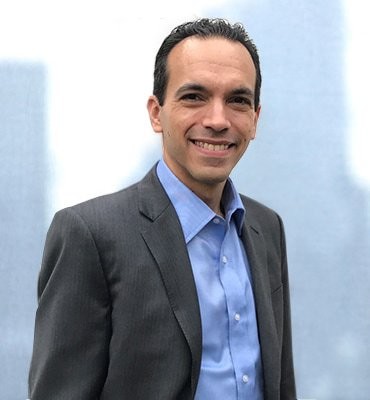 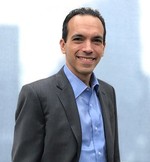 Mr. Sukenick joined SCYNEXIS as General Counsel in November 2017 after over a decade of addressing a diversity of legal challenges faced by innovative life sciences companies at all stages of development. Mr. Sukenick most recently worked at Cooley LLP, where he focused on life sciences litigation and strategic intellectual property management. Prior to that, he worked at Patterson Belknap Webb & Tyler LLP, where he primarily represented pharmaceutical and medical device companies in patent litigation. He started his career at Simpson Thacher & Bartlett LLP, where his practice focused on complex commercial litigation and intellectual property transactional matters. Mr. Sukenick is a registered patent attorney. He obtained a B.S. in Biology and a B.A. in Chemistry from Duke University and a J.D. from Harvard University. 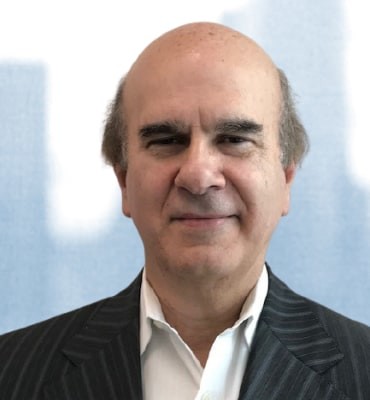 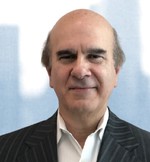 Mr. Hoffman of Danforth Advisors, LLC, is a senior life sciences financial executive with an extensive background in finance, Contract Research Organization (CRO) leadership, drug development, Securities and Exchange Commission (SEC) reporting, clinical operations, business restructuring, contract negotiation, corporate governance and taxation. He has more than 30 years of experience in financial leadership roles for private and public companies in industries including biotech, CRO and life sciences. He played a significant role in the growth and subsequent sale of three companies, including The Liposome Company, Averion International and Sybron Chemicals for gross proceeds to shareholders of over $1.1 billion dollars. Mr. Hoffman obtained a B.S. in Business Administration from La Salle University, a CPA license, a Master of Laws (LLM) in Taxation from the Villanova University School of Law and a Juris Doctor from Temple University. 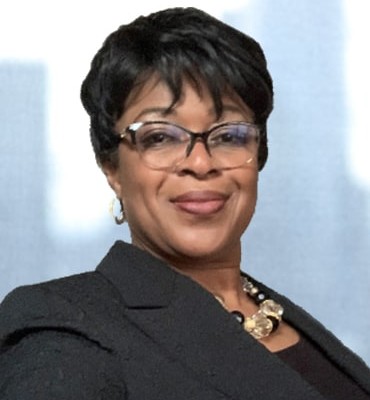 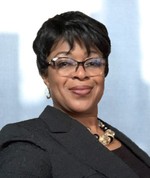 Dr. Azie joined SCYNEXIS as Vice President of Clinical Development and Medical Affairs in June 2019. She has more than 25 years of drug development and medical affairs experience in several therapeutic areas. Dr. Azie was most recently Senior Vice President of Medical Affairs at The Medicines Company, where she managed the infectious disease franchise. Previously, she worked at Astellas Pharma as a Senior Director of Medical Affairs, where she was responsible for the antifungal franchise. Prior to that, she was Director of Anti-infective Clinical Development for Pfizer, Inc. Dr. Azie is board certified in internal medicine, clinical pharmacology, and infectious disease and was elected for Infectious Diseases Society of America (IDSA) Fellowship. She holds an executive M.B.A. from the University of Notre Dame Mendoza College of Business, a Bachelor of Medicine, a Bachelor of Surgery and a B.S. from the University of Nigeria College of Medicine and conducted a medical residency and subspecialty training at Indiana University Medical Center. 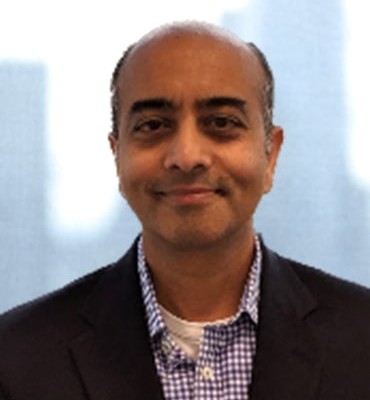 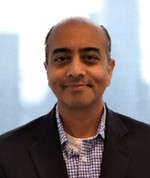 Dr. Motheram joined SCYNEXIS as Vice President of Pharmaceutical Development in October 2015. He has more than 24 years of diversified professional experience in pharmaceutical R&D in various aspects ranging from the development of early-phase clinical products to commercial dosage forms, scale-up, technology transfer and life cycle management programs. Previously, he held research and management positions at The Medicines Company, Bristol-Myers Squibb, DuPont Pharmaceuticals and Baxter International. Over the course of his career, he developed several commercial products in multiple therapeutic areas. Dr. Motheram is a co-inventor on various patents concerning novel pharmaceutical compositions and has co-authored manuscripts published in peer-reviewed journals. Dr. Motheram holds a Ph.D. in Pharmaceutics from the University of the Sciences, Philadelphia College of Pharmacy, an M.S. in Pharmaceutics from the University of Mississippi and a B.S. in Pharmacy from Kakatiya University. 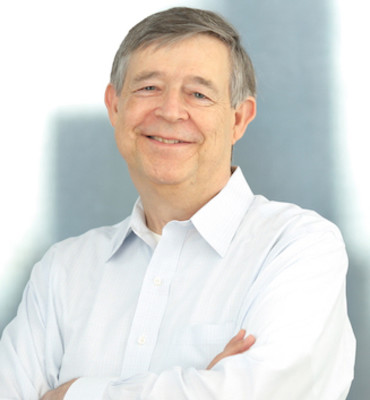 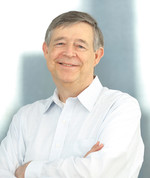 Dr. Park joined SCYNEXIS in 2017 as Executive Director, Regulatory Affairs. He has more than 30 years of experience in the pharmaceutical/biotech/medical device industry in clinical development and regulatory affairs. Dr. Park has led global clinical development of medical products across multiple therapeutic areas, including diabetes, hypertension, Gaucher disease, Fabry disease, renal disease, head lice, and chemotherapy-induced alopecia. He has had primary authorship responsibility for the clinical section of multiple NDAs and managed numerous investigational and marketing applications and regulatory communications with CDER, CBER, and CDRH. Dr. Park received his Doctor of Pharmacy degree from the University of Missouri-Kansas City and a Master of Science in Jurisprudence degree from Seaton Hall Law School.